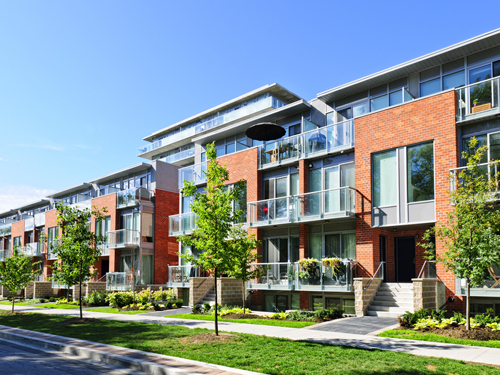 Investors and property managers often focus on the hard numbers on their financial statements, comparing revenue to expenses and depreciation rates against future gains. However, understanding how vital apartment homes are to sustaining a healthy national economy sheds new light on the enormous value of each multifamily community.

After the construction ends, the real financial impact begins. There are dozens of research studies that confirm new apartment home construction funnels billions of dollars into the economy each year. However, only recently have researchers begun to explore measurable benefits that apartment renters contribute to the local and national economy.

Based on his study, The Trillion Dollar Apartment Industry, Fuller reported that renter spending contributed more than $885 billion dollars to the national economy in 2011 compared to only $42.5 billion generated by new apartment home construction during the same period. Renter spending exceeded the economic impact of new construction more than 20 times.

Plus, renters spend more money locally than homeowners and re-invest roughly 75% of their disposable income in goods and services manufactured domestically in the United States.

Keeping the community working and thriving. Local spending and permanent jobs for workers living in and near these multifamily neighborhoods contribute to economic growth and stability. The ongoing need for maintenance staff, property management administrators and third party vendors to keep the property in good condition provides jobs long after the construction phase ends.

These permanent jobs ensure funds are available for civic improvements and entitlement funding. In essence, whether the property is an upscale high-rise in a trendy downtown district or a sprawling complex in an economically depressed area, apartment homes create a chain-reaction that feeds retail, government and charitable activities.

It is clear that apartment homes financially impact the surrounding area, but the reverse is also true. The art of placing value on a given property includes evaluating the benefits outside the property perimeter. Natural disasters, industry growth or stagnation, and availability of comparable units all impact vacancy rates and rent structures.

Existing apartment homes also follow diverse management protocols based on population, employment growth or decline, rent ceiling caps and median income levels. Chief economist Dave Crow told Housing Now that 2013 production (new housing starts) was still 50% below normal. It would be a serious mistake to assume low inventory automatically equates to higher rent potential. It is important to evaluate market availability as only one component among many determinants.

Multifamily housing plays a vital role in our communities. Placing a value on these neighborhoods is a complex process. Property managers who fully engage with the surrounding community contribute positively to the chain reaction.