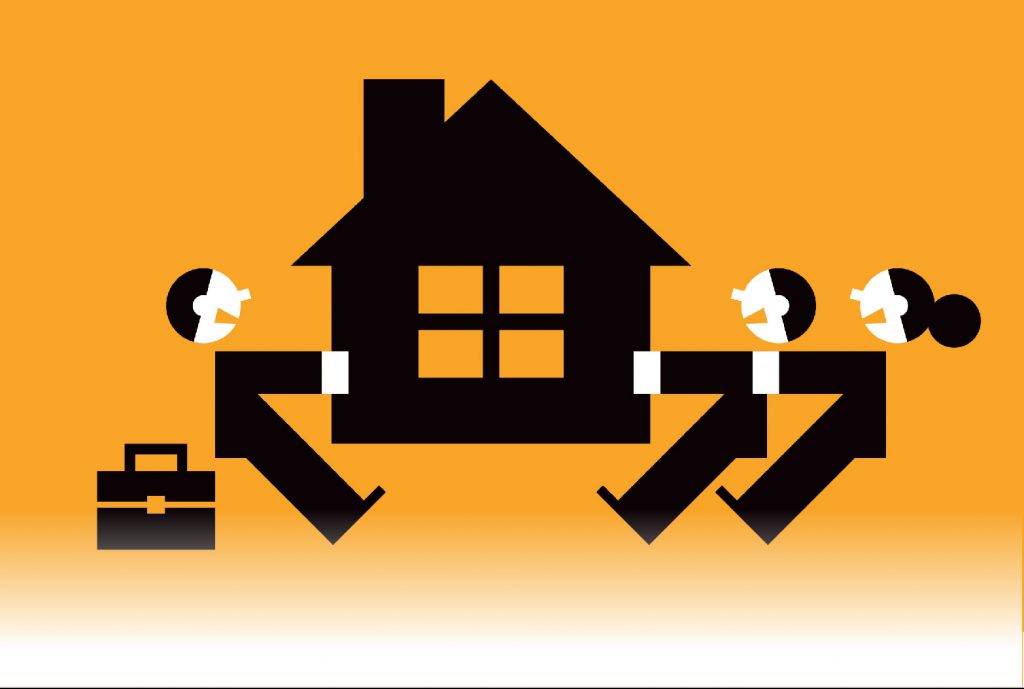 With the holiday season nearing, the traditional images conjured are families gathering to feast and enjoy quality time together, yet we all know that not all families are so harmonious. When conflicts reach a boiling point with family members living in close quarters, the status quo may no longer be sustainable.

Transitioning relatives out of a property can clearly be a gut-wrenching decision that many families face, and with the rising rate of adult children living with their parents and a growing number of multigenerational households, these tortuous decisions are being made with greater frequency.

When rental relationships sour, even the most studious investment property owners can be slapped with a lawsuit that may cost tens of thousands of dollars to defend against, regardless of the merits of the case. A Pittsburgh landlord recently was thrown in jail for six months because of his “nuisance” rental.

According to a news report, neighbors and police “suspected” the property was being used as a drug house. Police say they’ve been called to the house dozens of times over the past few years. Officers did find drug paraphernalia on at least one call, and have responded to drug overdoses in the area.

In response to complaints, a judge previously ordered the landlord to evict all of his tenants, pay a $10,000 fine to the city for the nuisance, and repair the house.

Meanwhile, police have boarded up the building, and city officials are considering demolishing the property, according to the report.

It is unclear in this case whether the tenants were charged with crimes, or if the complaints of neighbors — that tenants were awake and “active” at 5:00 am, or that tenants were “making money” at the property, would have been sufficient evidence to convict each of them of these alleged crimes.

A number of cities across the country have recently enacted similar “nuisance” laws requiring landlords to evict tenants for disruptive behavior or suspected criminal activity. Unfortunately, this can be a daunting task if there is no evidence of an individual tenant’s wrongdoing. Often, police do not charge individuals or issue tickets at the scene, choosing instead to pursue the landlord, who then may have to reconstruct the event and attempt to evict each of the tenants for cause. That places landlords in a no-win situation, especially when fines are being levied daily.

However, there are steps that landlords can take to avoid renting to nuisance tenants:

Be careful who you allow in the property; always screen each adult occupant, including a criminal background check.

Adopt a crime-free lease policy that tracks your local nuisance laws. Make sure you have the ability to evict a tenant who violates the policy, even if you can’t prove they violated the law. Local police may participate in landlord training programs that help reduce crime in the area.

Keep a close eye on the property by performing regular property inspections. If you suspect drugs or other dangerous activities, call the police rather than trying to solve the problem yourself.

Get to the know the neighboring property owners, or at the very least, make sure they have your phone number in case they see something suspicious going on at the rental. You don’t want to be the last to know. Seduced by the promise of extra income — a $100 or so a night in many cases — tenants across the country are looking to vacation rental service Airbnb to turn their apartments into profit centers through temporary sublets.

The most active markets are in major cities, including those with rent limits. In some cases, rent-controlled tenants are making more money than the landlord is legally allowed to charge.

Some call it ingenuity. But others, including property owners and managers, say it’s illegal.

As the practice grows in popularity, landlords are fighting back. For instance, in a recent report from San Francisco, a tenant who was earning $185 a night by taking in temporary boarders just got the boot. An eviction attorney says he’s filed about a dozen of these cases in the last few months, according to the report.

In New York, a landlord was slapped with fines when a tenant’s sublet violated the ban on short-term lodging.  The landlord deferred the eviction when the tenant agreed to pay the penalties and to stop renting out the spare bedroom.

Airbnb offers a turnkey service allowing visitors to search online listings for extra rooms or even empty couches in large cities around the world. Sublets in San Francisco alone are estimated in the thousands, according to the report.

Despite negative publicity,  the problem doesn’t seem to be going away.

If a lease agreement prohibits sublets, or short-term rentals violate local law, a landlord may have grounds to file an eviction. However, in some cases there is no built-in remedy for landlords against tenants who are exploiting a lease for profit.

And, some tenants won’t leave quietly. One tenant attorney told reporters that landlords are using the Airbnb situation as a “false pretense” to get rid of rent-controlled tenants. He negotiates lease buy-outs on behalf of tenants in cases where an eviction may be costly and protracted.

Airbnb says its policies discourage anyone from breaking the lease, or the law. Aiming to mitigate the negative impacts of a recent surge in Ellis Act evictions in San Francisco, Senate Bill 1439 authorizes San Francisco to prohibit new property owners from invoking the Ellis Act to evict tenants for five years after the acquisition of a property, ensures that landlords can only activate their Ellis Act rights once, and creates penalties for violations of these new provisions.

“The original spirit of California’s Ellis Act was to allow legitimate landlords a way out of the rental business, but in recent years, speculators have been buying up properties in San Francisco with no intention to become landlords but to instead use a loophole in the Ellis Act to evict long-time residents just to turn a profit,” said Senator Leno, D-San Francisco. “Many of these renters are seniors, disabled people and low-income families with deep roots in their communities and no other local affordable housing options available to them. Our bill gives San Francisco an opportunity to stop the bleeding and save the unique fabric of our City.”

Ellis Act evictions in San Francisco have tripled in the last year as more than 300 properties were taken off the rental market. This spike in evictions has occurred simultaneously with huge increases in San Francisco property values and housing prices. About 50 percent of the city’s 2013 evictions were initiated by owners who had held a property for less than one year, and the majority of those happened during the first six months of ownership.

“We have some of the best tenant protections in the country, but unchecked real estate speculation threatens too many of our residents,” said Mayor Lee. “These speculators are turning a quick profit at the expense of long time tenants and do nothing to add needed housing in our City.”

Enacted as state law in 1985, the Ellis Act allows owners to evict tenants and quickly turn buildings into Tenancy In Common (TIC) units for resale on the market. In San Francisco, the units that are being cleared are often rent controlled and home to seniors, disabled Californians and working class families. When these affordable rental units are removed from the market, they never return.

Senate Bill 1439 will be heard in Senate policy committees this spring.