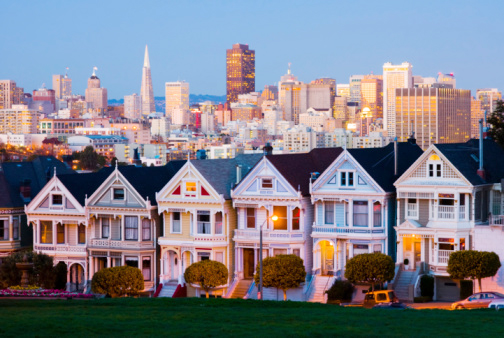 With multifamily communities seeing an upswing in both new construction and occupancy across the country, it’s no surprise that, in the metropolis that is San Francisco, this growth has resulted in a market that is seeing huge increases in both price per square foot and overall rents.

Experts are attributing the high demand for rentals in an area to the city’s better than average employment rates. With flocks of job seekers and new startups flooding into the city, the current limited supply of available units is causing prices to naturally increase, hence the multifamily rental market equivalent of a perfect storm.

With an average one-bedroom unit in the city commanding a minimum of around $1,895 a month and up to over $3,500 in some areas, rents are considerably higher than most competitive markets in the country.

By far, the area seeing the biggest spike in overall sales is the downtown area. This strip of San Francisco has had 18 buildings sell in 2014, for a total of 547 units. This success can be put into a better light when you compare these sales to the rest of the area combined which has only seen 16 buildings, a total of 165 units, sell in this same time frame.

This ideal seller’s market isn’t limited to just multifamily either. Area professionals are having to deal with these same low inventory levels in single family homes as well. According to experts, the difference between today’s market and the one we saw prior to the market crash is that the current market has brought several interested players into the game and multiple offers have become commonplace once again.