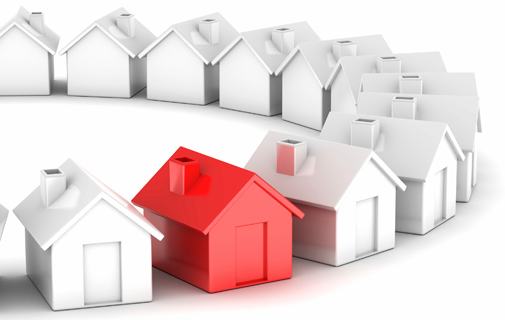 After conducting its year end survey, real Answers found rents were up in roughly seventy five percent of the 39 markets published from the RealFacts database.   What’s different this time is where the growth is occurring.  Not in the sexy markets like San Jose and Seattle, where rent growth has slowed.  Even the city of San Francisco is down slightly in the 4th quarter.

December when real Answers conducts its survey is typically a time where fewer renters are prepared to make a move, compared to March and September, the busiest time for apartments.  There is also a shortage of units of rents.   Rescue in the way of more supply is slow coming to the market, but not for lack of enthusiasm on the part of developers who really want to build them.  It’s slow because the process of building them, especially in high barrier to entry markets like San Francisco is slow and very, very expensive.

San Francisco added roughly 4,000 new housing units in 2014—not enough to have a noticeable impact on the overwhelming need for housing, in particular, affordable housing.  Not affordable in the traditional sense of the word that refers to low income households, although that is desperately needed as well, but affordable by the middle class.  People with average incomes or even pretty good incomes aren’t the target market for the new apartments.   Most are beautiful, thoughtfully appointed, convenient communities that offer amenities and service of a four star hotel, and although we’d all love to live this way, most of us simply can’t afford to.

Occupancy rates were mixed, half up and half down.  The overall national occupancy rate is at a record high of 94.2% in 2014.

As we’ve done for several years now, we are posting the top ten markets of 2014.  It was a banner year for nationwide rent growth and apartments still have a full head of steam going into 2015. San Francisco and San Jose are at the top, but what’s different is the appearance of markets that don’t usually make the cut like Vallejo, Sacramento and Santa Rosa.  These are outlying areas of primary markets like San Francisco that are likely benefiting from a ripple effect.

2014 was a unique time in apartment history.  People want to rent apartments but it’s a challenge to find and afford them in a convenient location.  Rents are going up but builders are struggling to bring enough supply to meet the demand.  Investors are hungry to buy apartments but the opportunities are price prohibitive, lenders require a first born sacrifice and returns take years or decades of consistent rent growth to break even.

It’s like the movie Zoolander.  In it, two male models Derek Zoolander and Hansel, rival each other in an underground “walk off” challenge in an attempt to demonstrate their physical superiority.  One walks and the other duplicates and elaborates.  Hansel finally wins only when he reaches into his pants and pulls out his underwear.   2015 is going to be another year of tugging at our underwear in the hopes we can release them from our pants in one piece.

For additional quotes, insights or to request a specific market overview, send an email to Sarah Bridge at sbridge@realfacts.com  or Nick Grotjahn at nickg@realfacts.com. He’ll respond to you quickly, allowing ample time to meet your deadline.