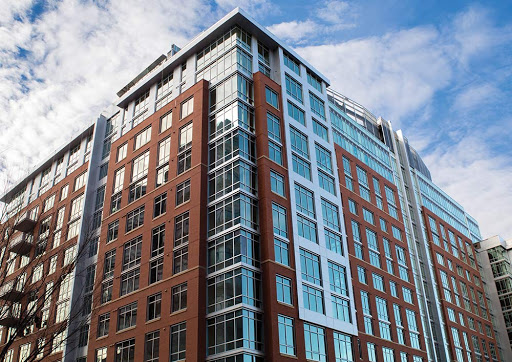 Axiometrics, the leader in apartment market research and analysis, noted year-to-date effective rent growth leads that of all post-Great Recession years for the fourth straight month and is just 10 basis points away from the recovery’s peak YTD figure, reached in 2012.

Stephanie McCleskey, Axiometrics Vice President of Research says that it’s becoming more and more likely that 2014 will be the strongest overall year for the apartment market since the recession ended. “This is the year of the apartment,” she says.

Concessions Continue Falling
Concession levels set another post-recession low, dropping to an average of 0.7% in July from 0.8% in June. Dollar-wise, that translates to $8.70 on a 12-month lease. To compare, 8.33% is one month’s free rent.

“The consistency in the gap between asking and effective rent growth can be attributed to the descent of concessions as a large factor in the current apartment market,” McCleskey said. “With new deliveries being absorbed at a high rate, landlords at many properties — especially Class A and Class B+ buildings — can rent their units without offering anything beyond the location and the amenities.”

The increased use of automated revenue management systems also helps diminish concessions, since properties using that type of software do not tend to offer concessions.

“For now, in a strong apartment market, probably,” says McCleskey. “Concessions could increase in a future down cycle, but likely not to the extent of late 2009, when the dollar value of concessions was more than $70 per month.”

July marks the fourth straight month in which 2014 has settled in as the strongest year for the apartment market during the recovery.

“The U.S. apartment market would have to go into significant decline in order for 2014 to give up its No. 1 position by the end of the year,” McCleskey said. “YTD effective rent growth need increase by only 10 basis points to reach the post-recession peak of 5.2% set in August and September 2011.”

Occupancy Remains at Highest Point
Occupancy remained at 95% for the third straight month, the highest level since April 2008.
“The steady occupancy portrays a market that is absorbing all the new supply being delivered this year, and settles the question (at least for now) whether overbuilding is generally taking place,” McCleskey said.

The top 10 metros nationally included seven Pacific Coast markets, five of those in California — Oakland, San Jose, Sacramento, Oxnard and San Francisco. Two other California markets — Riverside and Los Angeles — weighed in at 11 and 15, respectively. Seattle and Portland, OR, also were in the top 10.

Only three of the top 15 were east of the Mississippi River: Atlanta, Miami and West Palm Beach. Denver, Houston and Fort Worth rounded out that list.

Axiometrics improves property and portfolio performance for apartment investments. Confident investment decisions begin with reliable, timely information. No one has more accurate, detailed, and up-to-date research on the apartment and student housing markets. Learn more at www.axiometrics.com or by calling 214-953-2242.