Healthy in 2014. That’s the report from Fannie Mae on what’s to be expected of the Multifamily Property Market in the coming year. It’s a trend we saw in 2013, even at times when it was least expected. In fact, the Federal National Mortgage Association reported continued rent growth and sustained occupancy levels through the end of the year, a time when both have a tendency to dip.

Keeping with the trend, Fannie Mae says 2014 holds much of the same, with both tenants and property owners demonstrating a continued demand for the industry. The best news? Looking at the graph provided by the agency, vacancies from now until 2018 are predicted to see very little change, with the first multi-year sustained vacancy rate since 1995.

Wondering about the source of this trend? Job growth, of course, takes the bulk of the credit. The following numbers have been forecast by Fannie Mae’s Economic & Strategic Research Group:

Some More than Others

What’s interesting is comparing the metropolitan areas expected to see positive job growth with those that aren’t. For instance, Cleveland, St. Louis, Detroit, Philadelphia, Boston, and Washington, D.C. are forecast to miss the mark on unemployment. This is while areas such as Austin, Houston, Dallas, Orlando, Louisville, Palm Beach, and Portland make the top of the list for most promising economies.

To owners and managers in the aforementioned cities expected to see growth, the question is clear: How are you going to differentiate your property to ensure your piece of this action?

11:00 am:  Your Business is Mobile Are You? Learn how mobile is impacting your vacancy rate 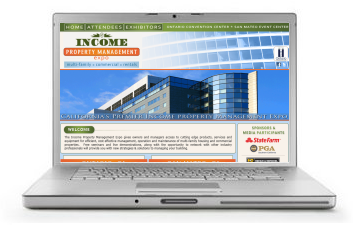 To learn more about the Income Property Management Expo, or to reserve a booth for the Exhibitor Floor, visit IncomePropertyExpo.com!

“In Your 1031 Exchange, Pay Attention to Your Debt Replacement Requirement” One of the most important parts of a 1031 exchange seems to be the least understood, so I am devoting this month’s article to one important detail:  Debt replacement needed in your exchange.

“Even after nearly three years of recovery, apartment markets around the country remain strong as more report tightening conditions than not…”

WASHINGTON, D.C.—Apartment markets improved across all areas for the seventh quarter in a row, but the pace of improvement moderated according to the National Multi Housing Council’s (NMHC) Quarterly Survey of Apartment Market Conditions. The survey’s indexes measuring Market Tightness (56), Sales Volume (51), Equity Financing (56) and Debt Financing (65) all measured at 50 or higher, indicating growth from the previous quarter.