On March 18, 2020, in response to the substantial disruption caused by the COVID-19 pandemic, California Insurance Commissioner Ricardo Lara issued a Notice requesting all insurance companies to provide policyholders with a grace period of at least 60 days to pay insurance premiums.  That means, insurance policies will not be cancelled unless and until 60 days past the payment due date.

Got the Los Angeles Rent Freeze?  HCID+LA Explains SCEP and RSO Fees, and Other Pass-Through Costs

Yes, owners of rent stabilized units within the City of Los Angeles may continue to recover or “pass-through” the costs associated with RSO and SCEP fees.

Paper or plastic? It’s a term you’re used to hearing at the grocery store but it applies to rental payments as well. Will you accept only paper payments (cash or check) or can a tenant pay rent with their credit or debit card? There has been some hesitation around landlords accepting credit card payments as there is always a risk of a tenant disputing the charge. Could be the risk be worth it? Let’s look at the significant benefits you should also consider before making your decision.

The most important reason landlords should accept credit card payments is that it gives their tenants more choice and flexibility. Your tenants are your customers so keeping them happy should be a top priority. There are a number of reasons tenants may wish to pay their rent with a credit card. Let’s look at a few:

Your tenants aren’t the only ones reaping the benefits of credit card payments. Landlords who accept credit card payments are more likely to be paid on time because of the flexibility they are allowing their tenants. The transaction is simple and funds are available sooner than ACH transfers. There is also a clear record of the payment for reference.

Federal and state prisons are considering granting susceptible inmates early release in an effort to avoid major coronavirus outbreaks – and some already have. While many U.S. states were at the forefront of releasing nonviolent (often older) inmates early, the U.S. Attorney General issued his own order last Friday granting those eligible the option of home confinement.

But who will house these vulnerable federal prisoners? And how will state-wide early prison releases will affect the rental housing industry, leasing policies, and criminal background screening in the future?

While the industry’s future might seem like an uncertain, complex, legal-ridden mess, we’re here to help shed some light during potentially the darkest timeline.

On April 3rd, 2020, Attorney General Bill Barr ordered federal prison officials to prioritize releasing vulnerable inmates at facilities struggling to contain outbreaks of coronavirus. On the federal level, this presently speeds up the process in complexes in Danbury, Connecticut; Oakdale, Louisiana; and Elkton, Ohio. However, the migration to home confinement will increase as other facilities are impacted by the pandemic.

The Federal Bureau of Prisons’ (BOP) update on April 5th reports that home confinement has already increased “by over 40% since March” and the Attorney General’s emergency order will only further increase these numbers.

With this initiative, the criteria in which inmates are considered for home confinement have also changed. According to Politico, federal prisoners were previously eligible for home confinement after they completed 90% of their sentences, but AG Barr’s memo pushes for earlier releases.

In late March, the AG issued guidance detailing a non-exhaustive list of factors to consider when assessing which inmates should be granted home confinement during the pandemic. These factors are:

Rental ownership has a long history of satisfying the primary investment priorities of personal financial independence: safety of capital, inflation hedge and tax-favored income.  Traditionally, if the detailed financial statements of the wealthy are available for review it becomes apparent that long-term income producing real estate assets directly or indirectly contribute substantially to their net worth. 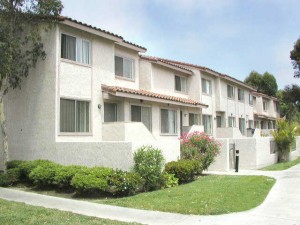